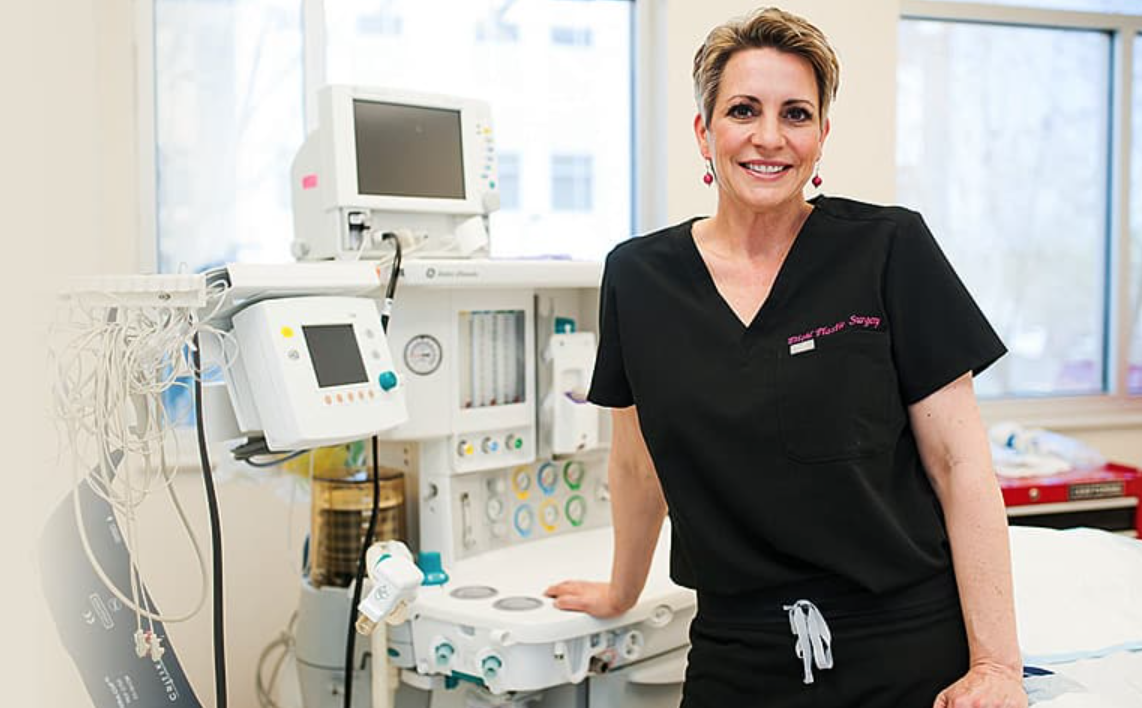 Hello, my name is Savanah and I am the primary miraDry® provider at Diehl Plastic Surgery. Throughout my time here, I have listened to hundreds of individuals’ stories about how underarm sweat and odor has impacted their life.

Some must leave work multiple times per day to wash their underarms and perhaps change clothes, and then there are others that can only wear black clothing in certain materials to camouflage sweat stains. Some plan their social activities, and life, around how much they may sweat or produce odor in a particular setting. These stories are disheartening to hear, but it is also exciting to be able to offer a solution to such a life-altering problem.

While frequently speaking with such patients about their underarm sweat and odor, it is difficult not to consider your own symptoms. Sure, I’m not clearing any rooms because of my underarm odor. And yes, I don’t really have to center my outfit choices around how much I might sweat. However…do I smell like roses after a day of performing procedures? Am I able to manage sweating and odor adequately with the natural deodorants I would prefer to use (instead of traditional antiperspirants)? Absolutely not! I then realized I could really benefit from this procedure. And after all, I was the only person in the office who had not yet had the procedure done. I spoke to my trusty supervising physician and we set the date!

Looking back, the procedure was a piece of cake. The most ‘uncomfortable’ part was the numbing injections (there are only a few per side) and even that was extremely tolerable because the needles are so small.

Before the numbing, they measured the hair bearing area of my underarm in order to pick out the treatment template. Next, they cleaned my underarms off to prepare for the injections. Like I said before, the numbing was a lot easier than I thought it would be! Just a few injections per underarm. A large quantity of numbing fluid goes in, which feels… ‘interesting’… but not significantly uncomfortable. After the first injection, the next few are more comfortable because of decreased sensation there from the numbing already having an effect.

Sometimes, you’ll feel the numbness going further down the arm than just in the area it is injected. I felt like furry caterpillars were walking around my arm. This is normal. I also felt a little shaky and giggly, which is from the epinephrine in the numbing solution. All in all, not bad!

Then, I was given a temporary tattoo under each arm! Just like the ones you would put on yourself in middle school that had flowers and unicorns on them (It’s the treatment template). After that, they tested my sensation in the treatment area to ensure I was totally numb where I needed to be.

Then, the real fun began. They placed the device on the first section of the template and started delivering the energy. Each treatment lasts 30 seconds and consists of heating, then cooling the tissue. I felt absolutely nothing. Some patients can feel the pressure of the device suctioning, but I did not. I got about 35 treatments on each side.

When both sides were finished, I was ready to go! I was given ice packs for the ride home (with the miraDry® logo…so fancy) and I felt great! It was about 3:30 pm at this point.

My husband took me to a Physician Assistant Society holiday party. He also had tickets to a basketball game that we would attend depending on how I felt. At around 6 pm we sat down for dinner. Also around that time, I started feeling that sunburn sensation everyone talks about. I took a few bites of our appetizer. Hmm… I was starting to feel quite uncomfortable. After a few more bites, I decided my couch at home was where I needed to be as opposed to the restaurant we were in. We stopped at Walmart on the way home for more ice packs.

Upon arriving home, I changed into the loosest shirt I could find and laid on the couch with icepacks under my outstretched arms. This was the most unpleasant part of the recovery, but I was able to fall asleep later that evening even with the discomfort. By the way, I never made it to the basketball game.

The morning after the procedure, I woke up with a mild soreness under my arms. However, what I felt the most was the SWELLING. Oh goodness was I swollen…I could barely put my arms down at my sides.

Dr. Diehl poked fun at me for walking around like a football player all day at work, but I was able to be a functioning medical provider and perform all the procedures I needed to that day – without breaking a sweat.

By the end of the first week, the majority of my swelling had subsided. My underarms felt lumpy and numb to the touch, which is completely normal. I was still not sweating at all or using antiperspirant.

However, I did start noticing I had more odor than immediately after the treatment. Sometimes, after miraDry®, your sweat glands can purge themselves and temporarily produce an odor for a few days up to around 2 weeks. This does not mean the procedure wasn’t effective, and it will resolve! If this happens, you can start using deodorant or antiperspirant again. I would recommend buying a new one, as your old one most likely has a lot of bacteria on it which we do not want to transfer to your underarms as they are healing. I started using a ‘natural’ spray deodorant (the ingredients were only ethanol, water and essential oils) at this time to control the odor, and that was all I needed!

By this point, I was still not sweating, and my odor had finally gone away! I continued to use the spray deodorant ‘just because’. My sensation was starting to return, so I was able to shave for the first time since before the procedure. My hair had thinned out quite a bit! Typically you will lose about 70% of your underarm hair after miraDry®. The visible ‘lumpiness’ was beginning to resolve, but at this time I also started noticing some tightness related to scar tissue (completely normal) whenever I would raise my arms above my head.

By day 20, the tightness was beginning to resolve with stretching and massaging out the scar tissue. In certain patients, “banding” is visible along with the feeling of tightness.

You can see the residual inflammation and ‘lumpiness’ here, as well as the banding when I extend my arm completely. The feeling of tightness was completely tolerable, and I only noticed it when I fully extended my arms up. I continued to have no sweat or odor!

By the end of the first month, essentially all of my side effects had resolved. I have not felt a drop of sweat since the procedure, and no underarm odor since my initial gland purging resolved.

As someone who is fairly active at work, and outside of work, not having to worry about sweat and odor at all has been so wonderful! I never have to think about the material or color of the clothes I want to wear, and I never have to be self-conscious about what I may look (or smell) like after being in a situation that would cause me to perspire. Brunch downtown right after a long run? Count me in! Silk clothing on a hot day? No problem! I am so happy I went through with this procedure!

Need to get a hold of us?

We Are Part of MDF GROUP